What is the Paleo Diet And Can Pork Chops, Pie and Chocolate Help You Look Fabulous?

The Paleo Diet is popular now

As we have discovered, the paleo diet has lots of raving fans, but just as many people who never heard of the word. 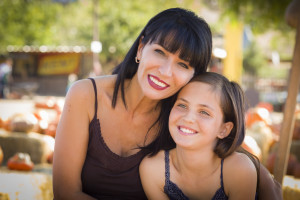 Wikipedia describes Paleo as: "a diet based on the foods ancient ancestors might likely have eaten, such as meat, nuts, and berries, and excludes food to which they had not yet become familiar, like dairy. The Paleolithic era was a period lasting around 2.5 million years that ended about 10,000 years ago with the advent of farming. It was characterized by the use of flint, stone, and bone tools, hunting, fishing, and the gathering of plant foods".

And YES, it can help you look fabulous – even eating pork chops, pie, and chocolate…more on that later.

Something else you should know. There are caveats in the article also include the following:

The neutrality of this article is disputed. (June 2014)

This article needs more medical references for verification or relies too heavily on primary sources. (June 2014)

You can read the full article at: https://en.wikipedia.org/wiki/Paleolithic_diet

One thing for sure is there are tons of advocates talking, writing books, producing videos and in general just stirring things up about Paleo. And not a lot of people I can find who think the Paleo diet is rubbish.

We are a site about farm, food, and more. To better describe us you could add the words healthy eating, farm-to-table, farmers' market, farm vacations, vertical farming, organic farming, family farms, paleo…

So, where does Paleo fit in to our arena about farms and farm-to-table farming?

The short answer is that even if some of the claims for improved health turn out to be true, it's worth a try.

The long answer, (as it always is in long answers) is you could do more research for yourself and make your own choices.

I can hear you now, "oh darn, I thought you were going to give me the answer".

Just kidding, I can't hear you. 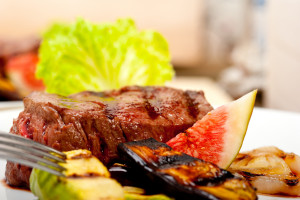 So what about those pork chops, pies, and chocolate? Even though the Paleo way of eating and lifestyle is simplistic, some call it “ancestral”, there are dozens of recipes that include meat (beef, pork chops, chicken) and deserts that include pies and chocolate. The looking fabulous part comes from making healthier food choices that actually work with your body and taste yummy enough so you don’t feel starved or deprived (a major complaint with so many diets).