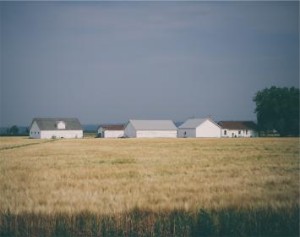 All of us who grew up on the farm were fortunate.

We experienced the warm summer evenings, our hereford cattle in the fields, and the quiet nights punctuated only by the sound of crickets or an occasional coyote somewhere in the darkness. We could walk into the family garden and pick fresh tomatoes, corn, carrots, beans, watermelon, and more. Sadly, this way of farm life is disappearing.

Gone also is the hay baling season, when a few neighbors along with some boys from town would spend the day bucking bales. That meant we followed the baling machine, threw the bales on hay frames, road the wagon to the barn, got up in the barn loft, grabbed the bales when they came up the elevator and stacked them to the roof, dirty, sweaty, cursing, but loving the farm life. My grandmother would serve up a huge lunch for all the workers and we would go back out and work until the sun went down. It was tough but it was all we knew.

Gone are the days

when, as kids, we could run down to the pond, swing out over the water on the old rope that hung from the oak tree, and spend the afternoon watching turtles and sharing our dreams for the future. “When I grow up I’m gonna….” while watching the clouds float over acres of corn and soybeans.

Those were the days when you could talk about what you accomplished that day while sharing the evening meal. It was important to feel like you had made progress of some kind. My grandfather would always say a quick prayer over the food and then “Eat as much as you want, but take small portions so we don’t waste food”. 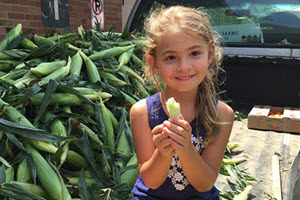 We had great food. Along with all the home grown fruit and vegetables we had meat. Steaks, roasts, chops, burgers, every cut you could imagine, and we knew exactly where it came from because we raised the cattle, hogs and sheep ourselves, on our land. We were non GMO, hormone free, pasture raised, and organic before we ever heard any of those words.
A portion of that world has been lost, along with the iconic barns and beautiful rural landscapes that stretched as far as you could see across the plains. The small family farm that had been owned and operated by one family for generations is all but gone.

Some people say that urbanization is causing the family farms to vanish.

However, an even stronger force is a government that creates more and more rules and regulations and puts more and more farmers out of business. I don’t know if you noticed the recent regulation in which the EPA said it owns the rain water that collects on your land.

Now, it is true that the number of U.S. farms fell from 6.8 million in 1935 to about 2.1 million farms in 2010. However, the total acreage that is being farmed is still relatively the same number of acres, but the corporate farm operations are buying the small farms as they sell out. 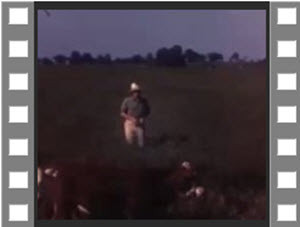 Even the definition of “family farm” is suspect

because a large corporation that farms thousands of acres can be, and usually is still owned by one family, or a corporation of family members.

Then you have the siren call of the big cities. Big cities are great. I love them too. Lived in San Francisco for a long time myself. But, as that World War I song put it, “how you gonna keep ’em down on the farm, after they’ve seen Paree”. The same challenges face young people today. Why stay on the farm, work from sun up to sun down, when you could make more money at a good job in the city.

Even in my family, my grandfather thought he would hand off his farm to one of his three sons, but none of them wanted to stay in farming. I guess I could have stayed but I wanted to go the the university, get a degree and see the bright lights of the city.

But it wasn’t just the city lights. Who wants to work their bodies so hard and just make a stay-alive income. There’s huge debt service on all those big tractors and combines. Income is down, expenses are up, something’s got to give.

Even though 90 percent of all farms are still owned by families or individuals, more and more farms are “corporations.” These large businesses are not just involved in farming, but also in the processing, storage, distribution and retail sale of farm products everywhere. The milk you drink now came from hundreds of cows and the burger you had for lunch is non traceable as well.

Some people say the days when hamburger was ground in a butcher shop from one or two sides of beef, are long gone. Unfortunately that untraceble aspect makes it almost impossible to track back when there is an E Coli outbreak.

And so it is, with the thoughts of farming and food production that I’ve been sharing here, that I want to make a stand for all those who still produce and sell food locally. In particular I am making a stand for top quality meat that is grown in your area, processed in your area and served on your table. Some call it “farm to table” food. I call it “healthy, nutritious, delicious, protein and Omega 3 rich food that is better than anything you get in the supermarket food”.

Am I rooting for the underdog?

Well, maybe, but history has a way of showing us that the people will always rise up. I think that’s why we are seeing more people becoming “hobby farmers” and seeing farmers’ markets in almost every town. If it’s a revolution, it is a quiet one. And that’s fine. There’s enough noise today anyway.